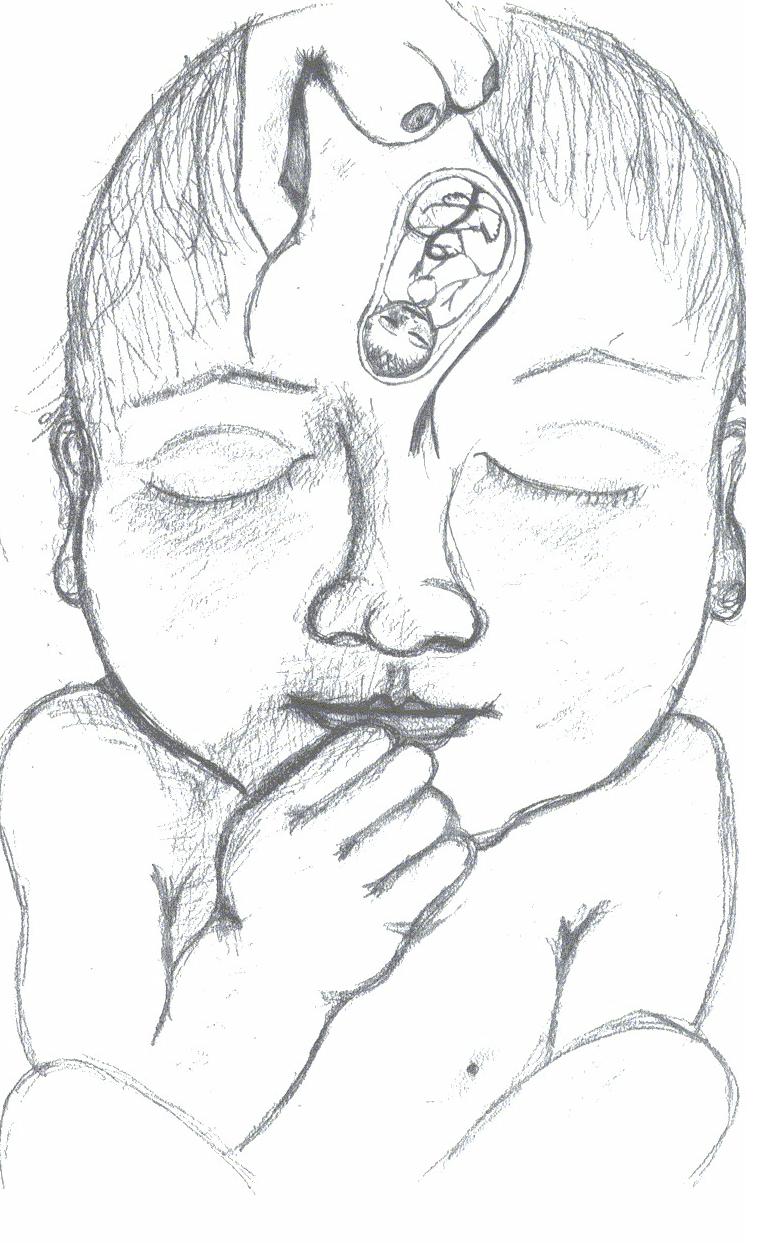 While I was modelling brain function and REM function on my computer, I thought I should read a little more about what other great scientists like psychologist Sigmund Freud and neuroscientist Allan Hobson thought about why we dream. I came across an area called 'lucid dreaming', or 'conscious dreaming', where the sleeper becomes conscious during the course of a dream.  Researchers at the Stanford University used people who were able to readily initiate lucidity during dreaming to answer the age old question as to whether we try to act out our dreams and if they last for as long as they appear to last in our dreams.  The answer was a double yes.  For example when a dreamer dreamt that he was swimming underwater he actually held his breath, and another dreamer dreamy she was having sex, the researchers in the laboratory noticed she was also having vaginal contractions.  In short, dreams are real in the brain.  We also know that dreams are concerned with our own memories.  You dream about your memories and I dream about mine.  We (adults)  dream for about 2 hours each night, whereas a newborn has about 8 hours of REM sleep a day.  What could a baby dream about?  What memories could it possibly have?  Well a baby could dream about its life back in the womb.  And because a baby does not have to breathe in the womb, because it's mother supplied it with oxygen, it may stop breathing, just as the researcher actually held his breath when he dreamt he was swimming underwater.  This fascinating and simple theory is consistent with all of the known facts about SIDS, such as why there is no known cause of death, why the prone position is higher risk, etc.   To read more about my theory, you will need to buy my book "Memory and Dreams'.  Here are some media releases (coming soon):

SIDS is a mysterious phenomenon, where more than one in every thousand of all live births results in a death that seems to have no apparent cause.  SIDS is only diagnosed after every other cause of death has been excluded, and after a rigorous investigation of the death scene and the family’s medical history.  In Chapter 6 of my book I explain in some detail how my simple theory on the cause and trigger of SIDS fits in with all of the known facts about SIDS.  I also review what is known about this mysterious and prevalent cause of infant death.  One of the most remarkable findings about SIDS is that there are certain risk factors associated with SIDS.  For example if a baby is put to sleep face-down, on its stomach, then its risk to SIDS is increased by a factor of three or more, compared to the face-up position.  This has halved the number of SIDS cases, but there is no satisfactory explanation of why this is so, other than our theory.  It has also been found that if an infant sleeps with a dummy (or pacifier) its risk is decreased by a factor reportedly as much as twenty-fold.  One cannot explain this by suggesting that ‘dummy sucking’ helps by keeping the airway passages open, because ‘thumb sucking’ should then presumably have a similar effect, whereas it is actually associated with an increase in the risk of SIDS.  Our theory is consistent with the reduced risk associated with dummy-sucking and the increased risk associated with thumb-sucking, as well as the risk factors associated with sleeping position.

I suggest that, just as dreams can influence the body of the infant, the reverse is also true, or that the environment of the sleeping infant can influence its dreams.  If the environment of the sleeping infant resembles the conditions in the womb, this would increase the risk of SIDS.  When a baby is sleeping face-down, it generally assumes a semi-foetal position, where it tucks its arms and legs into its stomach.  This may increase the probability of a potentially fatal foetal dream.  Thumb-sucking is a risk factor because it is something that a foetus does in the womb, around seven months of gestation.  Dummy-sucking, on the other hand, would have the opposite effect as it would remind the infant that it has been born, that it is not in the womb, that it needs to breathe.  Another strange observation about risk factors is that the risk of SIDS is reduced if an infant sleeps in the same room as other adults, but increases if the infant actually sleeps in the same bed as other adults.  In other words, room-sharing reduces the risk of SIDS, whereas bed-sharing increases the risk of SIDS.  We would assert that if an infant sleeps too close to an adult, it may pick up their heartbeat and subsequently remind it about being back in the womb.

including a quiz question in Brazil

Previous media on my SIDS theory

New ways to reduce the risk of SIDs further...COMING SOON!!