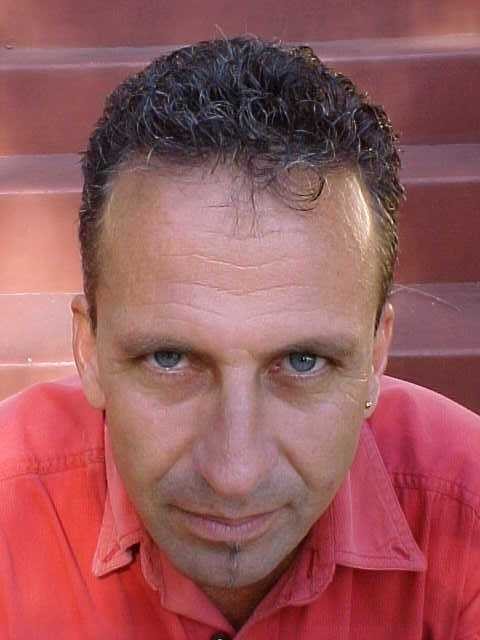 Here is some footage of Dr Christos's neural network program with could learn patterns, then unlearn/dream, and then have it's memory analyzed

"Why do we sleep? Why do we dream? How does the brain turn a collection of new experiences into memories, dreams, and creative thoughts?....."

"What are dreams? Why do we dream? What is the relationship between dreams and creativity? How does the brain turn a collection of new experiences into memories, dreams and creative thoughts? What causes SIDS (sudden infant death syndrome)? These questions and many, many more are answered in this extraordinary and stimulating book from Perth’s George Christos. ....."

"George Christos presents this and other results as a prelude to his own theory in this fascinating book on the relationship between memory and dreams. His theory is seductive, if uncanny." 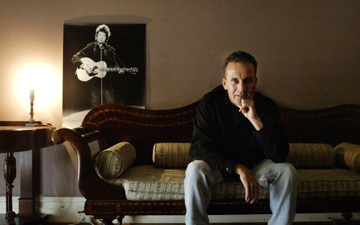 ".....Dr Christos offers a new and insightful interpretation of why we dream and how memories are formed, stored and retrieved by the brain in Memory and Dreams......"

"Christos's book is a fascinating read for anyone concerned with how the human mind works."

".....presents an interesting and engaging introduction to research findings regarding REM sleep..."

"..delivers his proposal about two fascinating issues: the cause of sudden infant death syndrome (SIDS) and the nature of creativity."

"One of the most pleasing features of the book is that Christos presents complex issues and their factual bases in a manner that makes them accessible to readers from different walks of life without undermining the intricacy of the issues and their relevance."

"...likely to generate interest in these issues and, by doing so, advance scientific knowledge of two puzzling phenomena."

"This book covers a lot of ground, and quickly. It could quite easily have been three times the length and still not exhausted the subject of memory and the purpose of dreaming. What Christos has achieved is a sharp, clear, no "waffling on" presentation of the latest findings in neurophysiology, neurobiology and dream sleep experiments concerning how the brain stores, processes and develops memory and the relationship of dreams to memory. From his exhaustive research into memory and how the brain is involved in "creative" pursuits, Christos has developed a unique and highly plausible theory to explain the cause of SIDS (Sudden Infant Death Syndrome). Any theory which attempts to explain the cause of this mysterious and tragic syndrome should be welcomed with open arms. Especially when such a theory does not contradict any of the existing empirically known facts of the syndrome."

".....essential reading for anyone involved at any level with SIDS."

Why do we dream, and do our dreams mean anything? Why are even the mightiest computers incapable of what we call creativity? Why, if we have a difficult problem, does "sleeping on it" so often help? These are some of the questions to which George Christos gives answers in his neuroscientific and mathematical exploration of "The creative human mind".

Sometimes, though, input can lead to an attractor that is not itself a memory, but is formed from components of existing ones, known as a spurious state. It is argued that, far from being a nuisance, these states enable us to genearte creative new ideas from existing memories.

Christos believes that dreams are caused by random brainstem stimulation of the cerebral cortex, and that their function is to unlearn some of what was learned the previous day and generate new spurious states to stimulate creative problem solving. We do not dream the actual solutions to problems, but dream to "roughen up" the memory landscape so that these solutions are more likely to be generated later.

Memory and Dreams is an informed, intuitive and refreshingly opinionated fusion of established science.

Talk about a book (reviewed by Anthony Campbell)

"Though the book is short it is quite ambitious and tackles a number of somewhat disparate subjects: memory, dreaming (including lucid dreams), creativity, and SIDS. It is well written and fairly jargon-free and provides a useful overview of current thinking about the questions it deals with, which is interesting whether or not one agrees with the author's conclusions."

".....proposes new theories about the relationship between memory, creativity and dreaming as well as a new theory about SIDS."

"One of the most exciting and unexpected in modern sleep research is the major simulus for this book. In 1983 Crcik and Mitchison bucked the tide of scientific opinion by suggesting "that we dream in oder to forget". Christos likes this idea and gives us ample......"

additional information about the book from the author

"This book was simultaneously written for a general audience and for the scientific mind.  It is basically a popular science book, but contains ideas I have developed over the last 10 years.".......

"Among many other things, I have even come up with an explanation of déjà vu, based on the confusion of spurious memories with real memories.".......

Why do we dream? Why have practically all mammals evolved to dream? Although dreaming clearly serves some important biological function, the answer to this quest ion has eluded neuroscientists, evolutionary biologists, and psychologists for the best part of the last century. Dr George Christos, a mathematician/theoretical physicist studying neural networks at Curtin University in Perth, believes he has come up wi t h the answer, while at the same time advancing a theory of where our creative thoughts actually come from. "We dream to generate creative ideas, to be more adaptive, to think, and to prepare ourselves for new learning", he says. These theories are outli ned in his new book '}{\fs24\ul Memory and Dreams: The Creative Human Mind}{\fs24 ', which was published this year by Rutgers University Press in the USA, and has just been published by UNSW Press in Australia. The book should be available in stores around Australia by late October. .......